It is with great excitement that we announce Dr. Clara Park’s induction into the Steinway Teacher Hall of Fame.  A talented soloist and chamber musician, Dr. Park has shared her musical ability and joy with many people across the world.  As Instructor of Music at Augusta University, she inspires her students with her artistry and dedication. 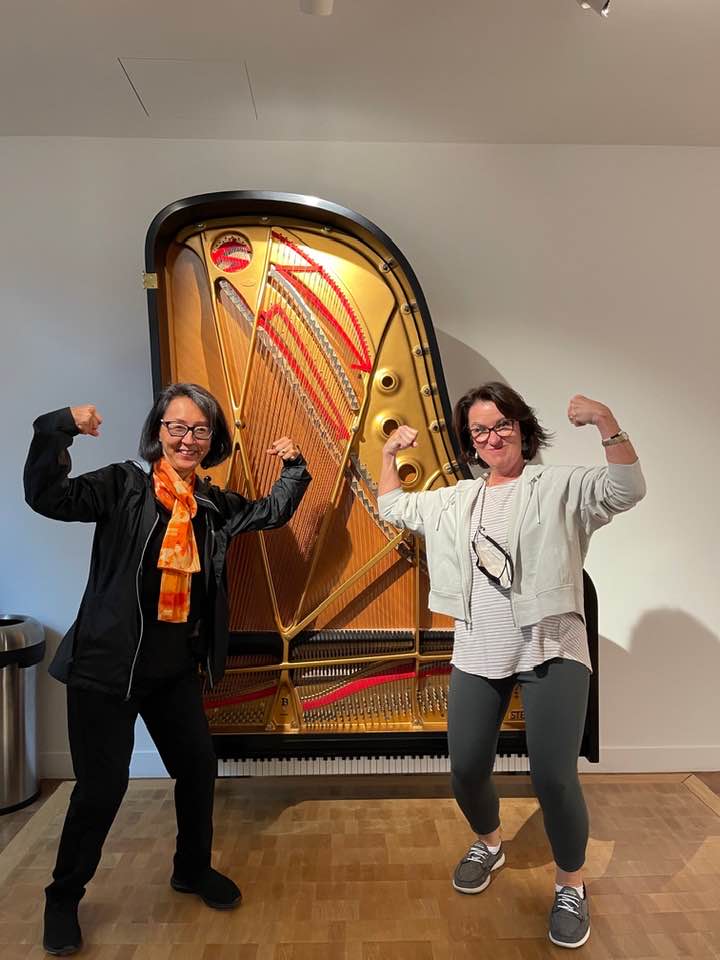 Our very own Lisa Turner Maddox accompanied Dr. Park to the special event hosted at the Steinway & Sons factory in New York City.  The ladies enjoyed some time touring the city, and they even had time to enjoy some good Steinway piano related fun!

Lisa was excited to be a part of the nomination process and to witness Dr. Park being honored for her work and accomplishments. This is a truly well-deserved honor!

Read more from Steinway & Sons in their official press release: 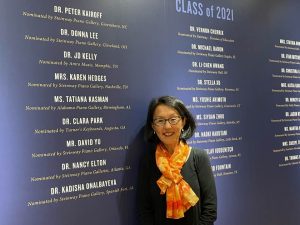 Dr. Clara Park, a local piano teacher from Augusta, GA, has been inducted into the Steinway & Sons Teacher Hall of Fame, a prestigious designation recognizing the work of North America’s most committed and passionate piano educators. 2021 marks the second class of honorees, following the Hall of Fame’s inaugural class in 2019.

Dr. Clara Park has appeared as both soloist and chamber musician throughout the United States, Canada, Europe, and Asia, including such venues as Beijing Concert Hall, Dame Myra Hess series in Chicago, and Lincoln Center’s Alice Tully Hall. Of her solo tour in China, the Tianjin Daily reviewed that Park caused a sensation among music lovers, and she has received critical acclaim from American Record Guide and Fanfare for her artistry and commitment to undiscovered piano repertoire. She received the Doctor of Musical Arts degree from Yale University and the Bachelor and Master of Music degrees from Peabody Conservatory.

This fall, 44 teachers from the United States and Canada were inducted into the Steinway Teacher Hall of Fame with special events hosted at the historic Steinway factory in New York City. Each teacher inducted into the Hall of Fame was nominated by a Steinway & Sons showroom in the teacher’s home region. The teachers’ names are now displayed on a commemorative display wall inside the iconic factory.

“Music education has been a cornerstone of our historic company since the late 1800s, and today is no different,” said Gavin English, President of Steinway & Sons Americas. “We are very proud to work with the talented music educators inducted this fall into the Steinway & Sons Teacher Hall of Fame. These teachers foster passion, creativity, and discipline in the next generation of piano artists. Their work deserves the highest praise.” 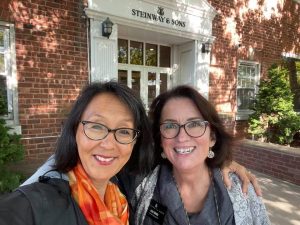 Since 1853, Steinway pianos have set an uncompromising standard for sound, touch, beauty, and investment value. Because of a dedication to continuous improvement, today’s Steinway remains the choice of 9 out of 10 concert artists, and it is the preferred piano of countless musicians, professional and amateur, throughout the world. For more information, visit www.steinway.com.

This site uses Akismet to reduce spam. Learn how your comment data is processed.